We aim to make importing reviews from AliExpress as easy as possible. Using the app, you can import reviews in bulk, filter them for banned words, star ratings, and even translating them automatically, basically curating the reviews with only a couple of clicks. Unfortunately, sometimes, reviews are not successfully imported.

The short explanation here is that some AliExpress product pages do not display real reviews, or in other words, while the page appears to have an X number of reviews, they are not really available, as seen in the example below:

Technically, some AliExpress pages display a wrong number of reviews, or the reviews are just cached (visually displayed on the page). Still, with no actual reviews available in the database of the page, our application has no reviews to import.

We have done extensive work and improvements to our importing app to cover all possible scenarios and import reviews from as many AliExpress pages as possible. However, there can still be outliers where there aren't any reviews that can be imported due to the issues previously mentioned.

In such a scenario, the solution is quite simple, and you have 2 options:

Reviews imported from AliExpress are not translated

When you are importing reviews for your products from AliExpress, you have the option of translating the reviews to English. 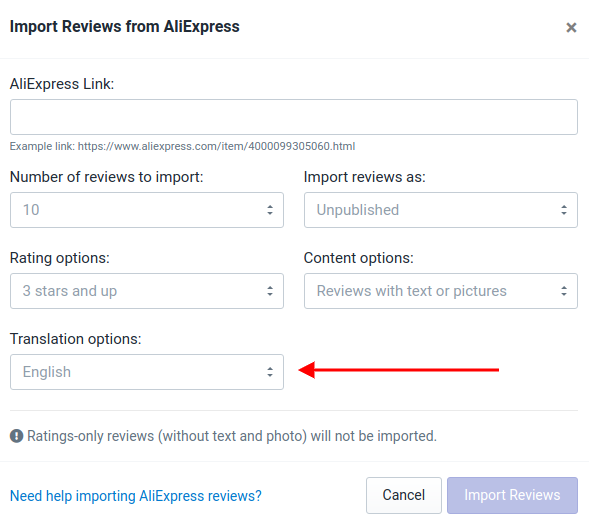 Do note that Vitals is not doing the translation of the reviews but instead uses the already existing translation provided by AliExpress.

If a product from AliExpress does not have translations for the reviews, then the imported reviews will not be translated!

Most of the AliExpress reviews will have translations to English; however, not all of them have it. This is, unfortunately, a limitation of AliExpress, as seen in the example below:

Please keep in mind that, in such cases where some reviews don't have the translations to English available, you can manually edit and translate the reviews once they are imported to Vitals. 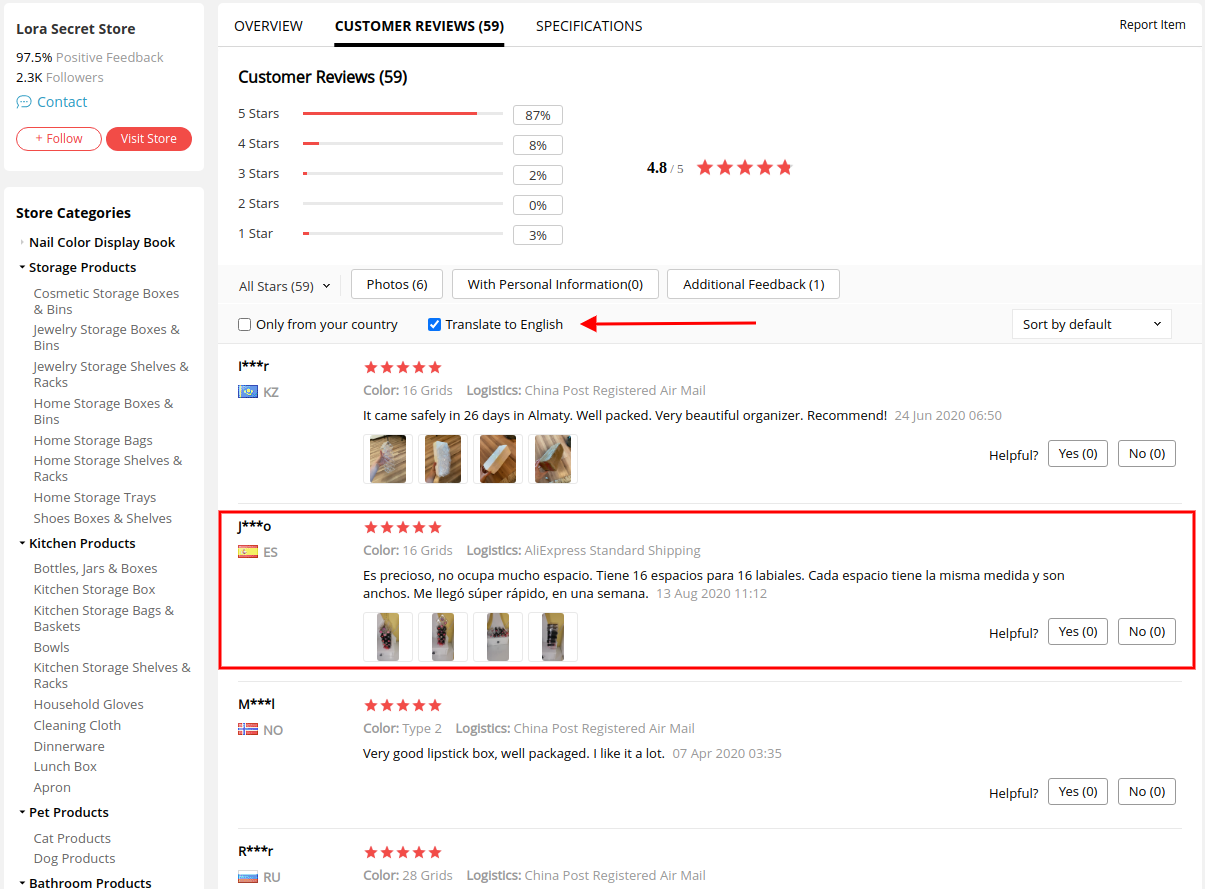 Did this answer your question? Thanks for the feedback There was a problem submitting your feedback. Please try again later.
Last updated on August 18, 2021